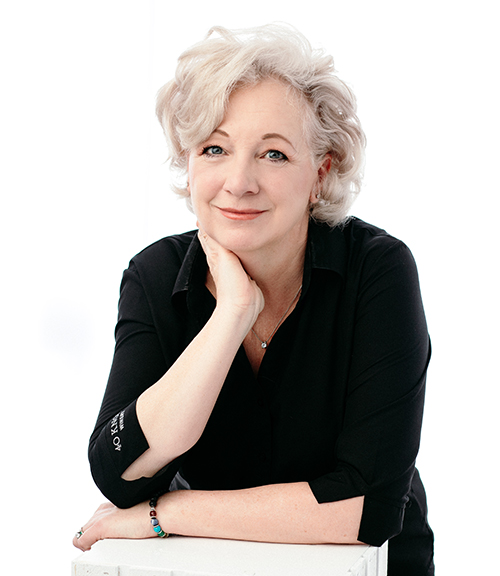 A Word from Our Founder ...

I was not born with beautiful skin. Early on, my sensitive skin was beset by rashes, allergies and later on, cystic acne. My idea of self-care came from the pages of Seventeen magazine, and the women that came and went from my home where my mother worked as a hairstylist.

So I spent a lifetime trying all different kinds of spa treatments, cosmetics, and chemical skincare that scorched my skin. I took prescriptions for my skin that required regular blood tests to see if it was damaging my liver. When that wouldn't work, I covered my skin with makeup and powders. I spent a fortune. And nothing I tried was ever a fix.

In 2014, my husband and I purchased 40 Knots Winery. We quit our stressful corporate jobs and began a simple life of farming, working with family, and living a wholesome life like our parents and grandparents before us. We were committed to operating our winery sustainably, both socially and environmentally. We grew conscious of what was happening to the quality of our food, and the abusive treatment of the environment. And I was starting to read labels on my skincare and cosmetics. A lightbulb went off.

Through our certification to become a sustainable vineyard, our operational model became strictly “cradle-to-grave or repurpose.” As we worked in the cellar one day, I watched how the wine was pressed off the skins, and how we would put those skins in the compost. I thought "Why are we returning the skins to the earth when they are so packed full of nutrients, anti-oxidants, and healing agents?"

As I pondered, I was touching my face. My face, scarred from acne, dry patches, oiliness, sweat and grime. My face, that could use those anti-oxidants and healing agents. I spoke with a chemist about my idea to capture those heavy ends from wine making and use them on my skin. He showed me the incredible benefits of this, and suggested additions that would provide maximum benefit. He taught me how to source these ingredients to get a pure product that was ethical.

I can now face the world, skin forward. And so I want to share VinoSpa with the world. VinoSpa is now released to you.

Warmest of wishes to you,